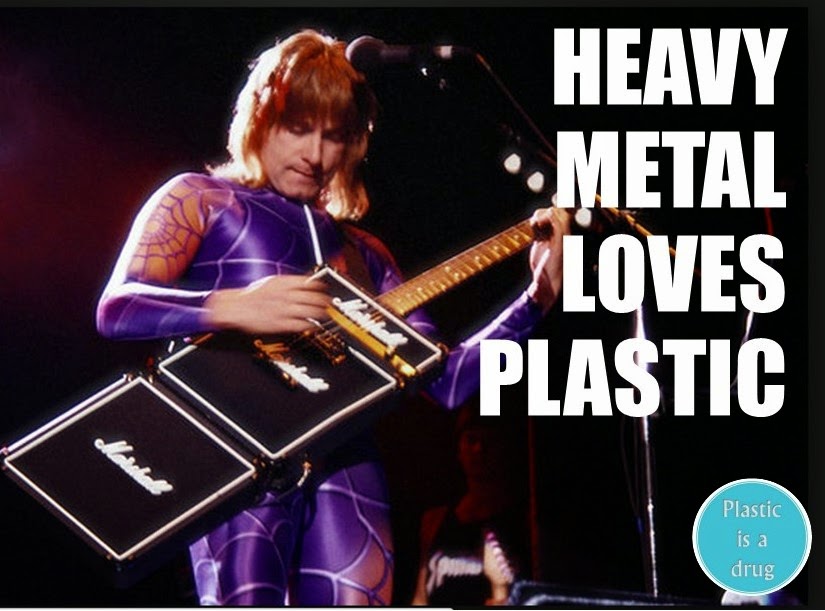 Along with persistent organic pollutants (POPs), heavy metals are another cause for concern with plastic pollution.

Just like POPs, heavy metals are attracted to plastic particles in the ocean, making the plastic that much more toxic. This then delivers a higher dose of toxins to any living being unfortunate enough to mistake the plastic for food (or to assimilate the plastic, as with plants). The heavy metals bioaccumulate as they work their way up the food chain. By the time it gets to the top of the food chain (well, us) the flesh of tuna and shark can be extra toxic.

While the precise definition of heavy metal is not set in stone (sorry), it has expanded over time to include most metals toxic to humans at high enough levels. These are cadmium, mercury, lead, arsenic, chromium, cobalt, nickel, copper, zinc, arsenic, selenium, silver, antimony and thallium. Obviously some are OK, indeed essential, in small quantities in our bodies. While any level, or higher levels of others, are toxic.

Many of these elements are common in soils around the world. But human activity, such as mining, drilling, industrial processing and agriculture means we now come into contact with heavy metals at a greater rate than we generally did in the past.

While lead has been banned in OECD countries in household paints and fuels, it is still used in some industrial capacities. Sometimes, it rears its ugly head due to home renovations, and in many poorer countries it's not even banned. In still other cases, it sneaks back in due to oversights or corruption. In 2007, Mattel recalled toys made in China due to lead paint.

Many other heavy metals are still in use, particularly in electronics. And sometimes, it's in products by accident. Cigarette smoke contains cadmium, for example. Basmati rice may contain arsenic.

Sorry, can't help myself... Did someone say heavy metal?


A heavy metal we hear a lot about in connection with the ocean is mercury. The flesh-footed shearwater is now considered the world's most toxic seabird - on mercury levels alone, largely through its ingestion of plastic products such as bottle tops and cigarette lighters.

Some plastics contain heavy metals already
You'll never find a piece of plastic labelled with the ingredients it's made of - "proprietary"(secret recipe!) is a great way to protect the interests of corporations - but what about consumers' rights? There's simply no requirement for manufacturers to reveal this. We can only find out what's not in it - who of us knew what BPA was ten years ago? - when it gets banned.

Lead and chromium have been found to be in some plastics. These are believed to be used as stabilizers and colourants. Some brightly coloured plastic bags have also been found to contain lead.

Additonally,  water and soft drink (soda) bottles, generally made out of PET, have been found to contain antimony.

Adsorption
You've probably noticed when you're doing washing up (Oh God, no! The washing up!) that if you wash up a plastic item, it tends to develop a greasy layer all over it - orange if you've had a tomato sauce -  that's difficult to wash off.

This is adsorption. Sometimes people will say plastic particles "absorb" pollutants in the ocean. But they don't take them in. Adsorption is a process that occurs when a gas or liquid solute accumulates on the surface of a solid or a liquid (adsorbent), forming a molecular or atomic film (the adsorbate).

So, they "cling on". In any case, when persistent organic pollutants and heavy metals adsorb to plastics, they deliver a much higher dose of these toxins than the animal would otherwise have ingested.

A toxic alliance
So, we have these particles of plastic in our oceans and waterways, many of them comprised of heavy metals. They then meet up with the other heavy metals.

How do the heavy metals get out there? Well, some of them belong out there, just as they do in the soil. Mercury is a good example of this, a naturally occurring marine element. But there is now so much more due to human industrial activity such as coal-fired electricity generation, smelting and waste incineration, that the odds are increasingly stacked against a healthy marine environment.

The same can be said for other heavy metals that find their way into the ocean via the atmosphere, ocean outfall (particularly industrial sewage) and oil spills. While there still seems to be a fair bit of research to do in this area, mercury seems to be the metal most studied at this stage.

While contamination of our oceans and waterways with any pollutant, plastic, persistent organic pollutant, or heavy metal, needs to be addressed urgently, if we understand what happens with plastic in the oceans and why it becomes even more harmful, then we can help people understand further why plastic is just so harmful. 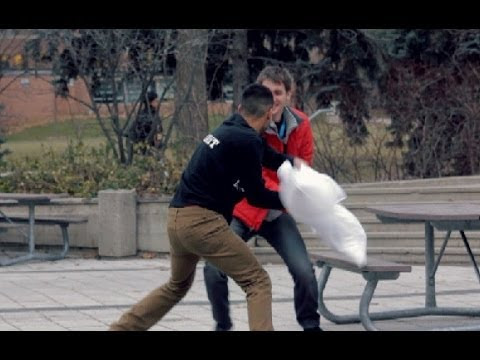 A letter to Macca's